Wow, what a fantastic day we had.

The Vegan Organic Network, often known as VON, organised a blooming fantastic Vegan Fair at the Irish Club in Chorlton. We took a small selection of products that we felt represented the business as a whole. Chia seeds, Cacao powder and Kale Chips, from the Shop and Cakes, Coffee and Chocolate from the Café. Apparently the queue had started to grow from about 10.30am, with the doors opening at 11am , not that we managed to see as we were frantically setting up our stall. 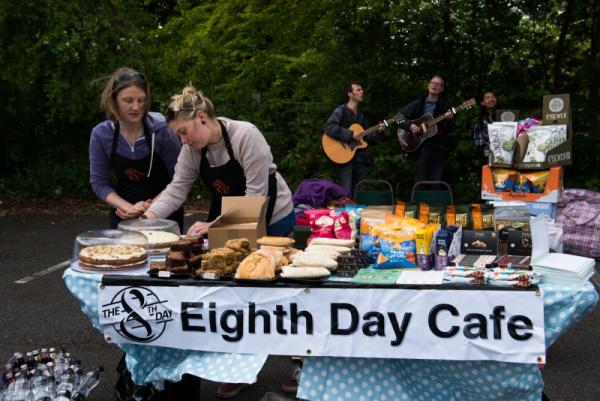 This really set the tone for the entire day, I’m not sure where they all came from but there were thousands of people. Dan, the organizer, said that customer base had TRIPLED in size from the previous year! What a fantastic result.

We sold out of all our Cakes, Wraps and Brownies by 2pm, which was a huge surprise… lesson learnt for next year! We also sold an entire box of Ten Acre Cheese and Onion Crisps, I think it’s safe to say they are most definitely a vegan favourite, along with the Vego Bars which basically flew away. 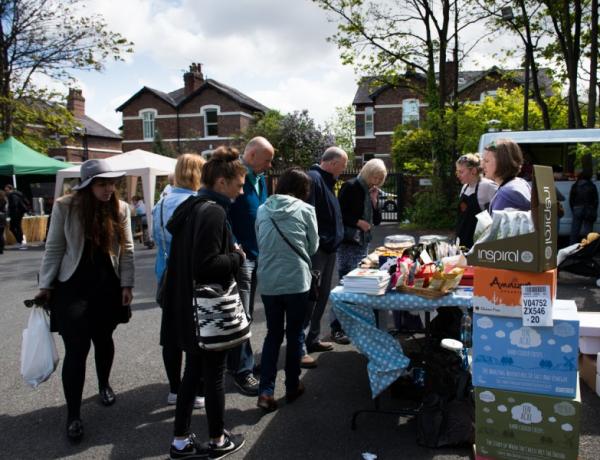 As well as local  independent businesses such as Unicorn, Tea Time Collective (who had some delicious pies/burgers, safely sampled by ourselves) and V Revolution, there were an abundance of stalls.  Some had travelled all the way from London.

The day was a fantastic success with something for everyone to enjoy. The schedule was jam packed with live performances (bands, spoken word artists, poets and dancers) which kept everyone entertained throughout the day. If you fancied something a little more exciting you could hop on the cycle powered smoothie maker and pedal away for a small donation or have a ride in a rickshaw.

Sophia and I really enjoyed the day, despite both somehow getting Sun burnt (we swear we were in the shade).  All that is left to say is a HUUUUUUGE Thank-You to everyone who came, spoke to us, took flyers or purchased something. We really appreciated all your support. 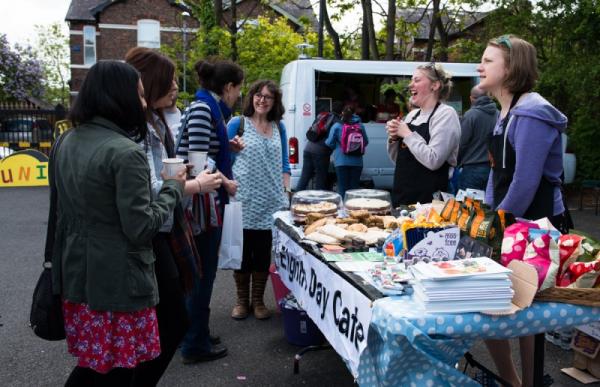 With special thanks to Chirag Gosain for kindly letting us use his fabulous photographs for this post!