We were recently asked by the organisation Fin Free Manchester if we would lend support to their Manchester base of the global Fin Free campaign. We immediately agreed, as a vegetarian business we don’t condone the killing of any animal to provide food, as an ethical and  environmentally aware business we knew we had to support Fin Free and take action. To us this wasn’t just about the extremely profitable practice of hunting sharks to satisfy the need for expensive delicacies it also raised questions about the irreparable damage to our eco-systems that is occurring now in the pursuit of profit.

Fin Free was designed and is spearheaded by United Conservationists (UC), a not-for-profit organisation founded by Sharkwater filmmaker Rob Stewart and  operated by Executive Director, Julie Andersen.  It is an open-source campaign, supported by a variety of organisations such as Shark Angels and Shark Truth.

The global campaign aims to stop or drastically reduce the sale of the expensive delicacy, shark fin soup and therefore the killing of an estimated 100-200 million sharks per year many of which are often only targeted for their fins with the rest of the shark being thrown back into the sea to die. Only the fins are kept because shark fins are now one of the most expensive seafood items in the world.  Shark fins are valued at around 500 Euros per kilo, whilst the rest of the shark meat is worth only 10 Euros per kilo.  As a result, it is economically beneficial to use the limited space on a vessel to store a high-priced product such as fins than it is to fill it with the low-priced meat of the sharks’ body.

While most people are aware of the plight of the more charismatic ocean creatures, like dolphins, turtles and whales, few know of the shark’s current fate. Sharks are disappearing at an alarming rate – their numbers down by 95% in some regions – with many species facing extinction during our lifetimes. Many don’t know about this issue, because it happens so far away. We assume sharks are protected in marine reserves or that it is some other country’s problem when fact many countries in the EU are responsible for catching sharks and the demand for shark fin soup in Asia is suspected to be a major cause of the alarming decline of blue sharks off the British coast and much of the Atlantic.

We need to remember that sharks keep our largest and most important ecosystem healthy, our existence, in part, is dependent on theirs. Sharks have sat atop the oceans’ food chain, keeping our seas healthy and balanced for 450 million years. Without them, the oceans could topple. Remove sharks from the oceans and we are tampering with primary food and air sources. They are a critical component in an ecosystem that provides 1/3 of our world with food, produces more oxygen than all the rainforests combined, removes half of the atmosphere’s manmade carbon dioxide (greenhouse gas), and controls our planet’s temperature and weather. As the apex predators of the oceans, the role of sharks is to keep other marine life in healthy balance and to regulate the oceans. Remove sharks and that balance is upset. Studies are already indicating that regional elimination of sharks can cause disastrous effects including the collapse of fish stocks and the death of coral reefs. Studies in Belize have shown reef systems falling into extreme decline when the sharks have been over-fished, destroying an entire ecosystem, as the sharks food sources grow in population unchecked affecting populations of other sea creatures and organisms such as coral reefs. 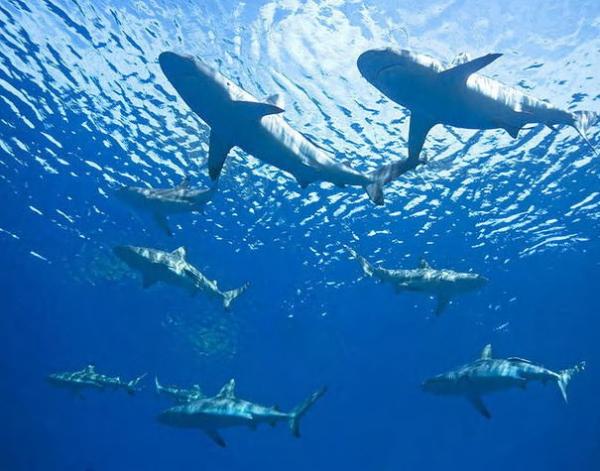 All for a bowl of soup.

Shark fin soup, a traditional cultural delicacy has been a highlight at important occasions such as corporate banquets, weddings and New Year’s celebrations for centuries. But over the last 30 years the number of people estimated to eat shark fin soup has risen from a few million in the 1980’s to more than 300 million today. Shark fin is a tasteless ingredient in this culturally important soup and is highly sought after due to its association with health, prosperity and good fortune, it can be bought in Manchester from around 8 restaurants and while the supplies are plummeting, the demand is at an all-time high.

With no international laws that are effective in stopping the destruction of sharks and with no governing bodies assigned to implement them, let alone enforce them,  sharks will continue to be hunted until we all do our own part and stop creating demand.

What can you do? 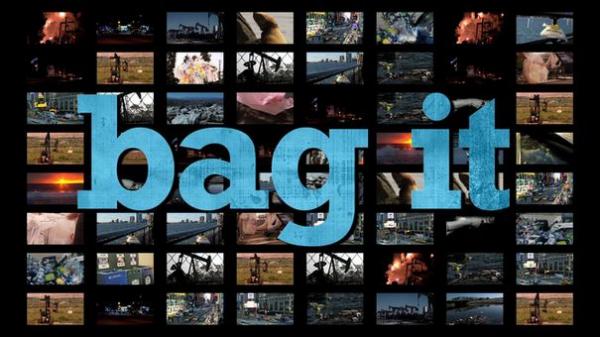 We aim to ban free plastic carrier bags and reduce waste by encouraging consumers to re-use their bags.

On the Eighth Day Co-operative

“8th Day Co-operative exists to encourage the optimum health of its customers and staff by providing quality vegetarian food and advice, whilst maintaining a caring, sustainable, democratic and ethical business environment for its workers.”

It’s with that spirit that 7 years ago the co-op decided to ban the supply of plastic carrier bags to our customers to promote a better environment for the present and the future.

Drawing on our own experiences and taking inspiration from other environmentally aware cities around the world which have already imposed either a ban or a levy on the supply of retail plastic bags we think that Manchester, a forward thinking city in so many ways, needs to go much further on this issue.

We have already consulted some Manchester Councillors about this issue. The two main opposing issues that the council has against banning retail plastic bags are:

We have been advised by some councillors to present an e-petition to Manchester City Council proposing a Ban of Retail Plastic Carrier Bags or at the very least the introduction of a levy so that free carrier bags are no longer acceptable or available.

But before that, we think it would be most appropriate to put the proposition to public opinion and open consultation. It’s at this grassroots level where the campaign should start as it’s important that people understand the issue and the proposals and more importantly that they agree.

With that purpose in mind we are going to take as our main tool the very successful Bag It Campaign, which has a very wide source of information available. You can use all the resources by visiting their website.

During the next year we would like to schedule four events:

In addition to these events we will be scheduling screenings throughout Manchester of the film Bag It as well as other environmental related documentaries and campaign films.

To start with we have shared this post on our blog, we hope this will provoke discussion regarding the use of plastic bags and promote ideas to assist with our campaign. We will also be setting up a Facebook site where interested parties can share ideas and co-ordinate events and will notify everyone when this goes live.

We hope to encourage other partner organisations and local businesses to get involved, share idea and join the campaign to take action

The aim is to free Manchester from the waste created by the supply of free plastic bags and promote the re-use of bags across all retail businesses.

We hope our actions will demonstrate to Manchester City Council that is actually possible to change the policy on these issues by listening to the opinions of everyone and not just considering corporate interests.

You can join in the process now by: 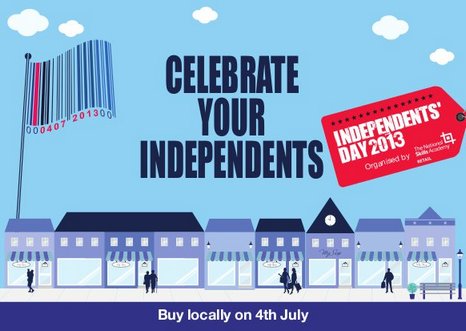 Our Oxford Road based co-operative business is celebrating over four decades of independent retailing in the city and has recently been awarded ‘Best Independent Retailer’ in the Natural & Organic Awards 2013.

At a time when many retailers are facing increasing challenges on the high street, Ursula Gothard of the Eighth Day says innovation and focus on changing consumer needs has been key to their success.

“The Eighth Day has always been a strong ethical business and this is very important to many of our customers, but over the years we have always kept pace with changing customer demands and adapted our business to suit. “We have seen large supermarket chains increasingly encroaching on our territory by stocking more vegetarian and organic products, but being 100% vegetarian still pays dividends for us, as our customers know that we have sourced the best vegetarian products available.”

For example, the Eighth Day has stayed ahead of the competition by sourcing special vegetarian products such as nutritional supplements, vegan wines, raw foods and cruelty-free body care products. Many of the products stocked are only available in Manchester at the Eighth Day.

Says Ursula: “Over 80% of the products we stock are supplied by independent businesses and this ethos is important to us and our customers.”

Sales of organic and quality foods have held steady during the recession and the Eighth Day has even grown staff numbers over the past few years, in spite of the economic situation.

On Thursday 4 July, we are holding an open day and will be showcasing a wide range of locally and independently sourced vegetarian products. As well as tastings there will be nutritional advice available and a special menu in the café.

This week, the cafe had a new member. Unfortunately, it was only for the week. Amy came in for work experience from Chorlton High School. We found she was brilliantly creative and fun to work with and has a natural flair for working with food. Amy tried her hand at waitressing and kitchen prep alongside some of the other tasks we carry out on a daily basis. She also designed her own salad that we put out on the salad bar, and her own smoothie. She prepared samples of the smoothie for customers to try and we were impressed enough to put it on our menu. Amy also produced some quiches, made a chocolate torte and a lime and matcha cheesecake. What a star! 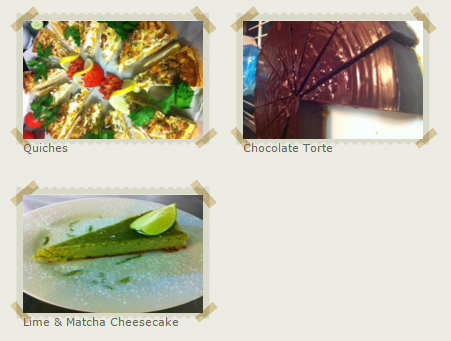 We’ll leave you with Amy’s thought’s on her week with us. And we promise we definitely did not bribe her to say it. Unless…the torte doesn’t count as a bribe, does it?

I really enjoyed my time here at On the Eighth day, not only are the staff all amazing but they helped  and taught me so much throughout the week. Before I came I had no intention of wanting to work in a restaurant or of becoming a chef, but working here has really inspired me and that has become a possibility. I was given a  variety of tasks which I was always helped with if I needed it. It was really relaxed and fun working in the kitchen as the staff at the cafe are all so funny and kind to me.

I have definitely enjoyed every day here and  will come back as the food is so good.

Thanks, Amy,  from everyone at Eighth Day. We would love to see you back again so don’t be a stranger!